On this Special tour, you have a chance to get familiar with Iranian culture in the three ancient cities of Isfahan, Yazd, and Shiraz .On this trip, you perceive the glorious of Iran civilization through a visit to UNESCO World Heritage Sites. You will take a stroll through mud-structure Quarters and see the old and great squares in Iran. 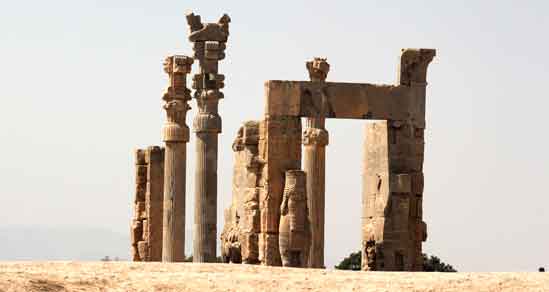 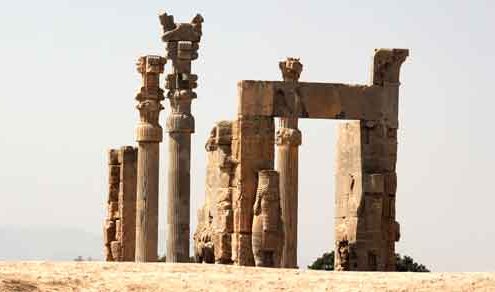 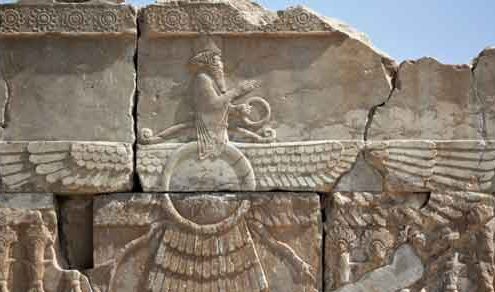 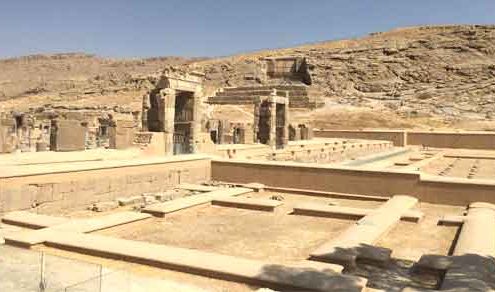 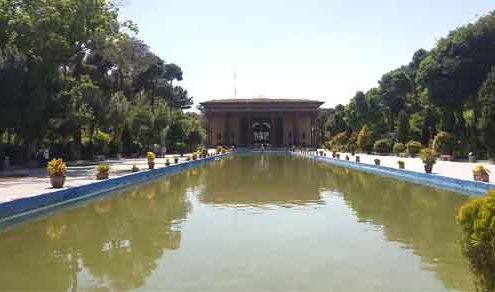 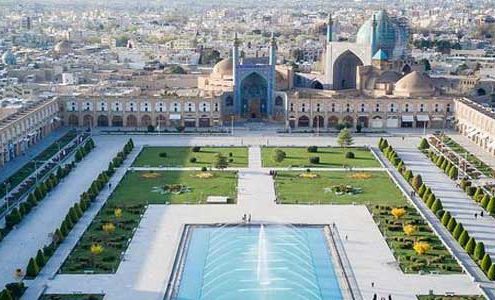 Upon your arrival, Shakiba’s representative welcomes you at Shiraz International Airport. You will be transferred to your hotel to check into your room. After serving your breakfast, your tour starts with a visit to the city of Shiraz. You start your sightseeing by visiting Nasir-alـ Mulk mosque whose pink arrays invite you to a deep silence. Then, you head into Khan School to get familiar with one of the developed schools of the Safavid Dynasty. At this school, Mulla Sadra, who was the great philosopher of the East, has published many books. The next site you are going to visit is Narenjestan Qavam, which was formerly an educational institute for the famous orientalist, Arthur Pope. Arthur Pope and his wife have used the place for doing researches and have changed it into a museum. In the evening, you will have a walking tour to see the exterior view of Karim Khan Citadel and go shopping in Vakil Bazaar. If you feel like tasting a local desert, make sure to try Faloodeh, which is the most delicious dessert in the city. The final plan for today is the visit to Shah Cheragh. You will enjoy the light of the lamps there. Shah Cheragh is the holy shrine of a person who is sacred to the Iranians and is highly respected by them. The construction of the shrine dates back to the 12th century, and many travelers visit the place annually.

Today we move toward Yazd. Before arrival, you will see some parts of the rich history of Iran. In many history books, you have undoubtedly heard the name of the Cyrus Cylinder as the oldest declaration of human rights. Yes, today is the time to get familiar with part of the Achaemenid Empire. That is why your tour guide will take you to the Persepolis (World Heritage Site). Persepolis is a very famous historical monument, which dates back to many centuries before Christian and has been a place for the reign of the Achaemenid Kings. To continue your trip, you stop at Naqsh-e Rustam (World Heritage Site) and visit four tombs of the ancient kings. If time allows, you can see the Tomb of Cyrus the Great (World Heritage Site), the king was known as the Savior of the Jews in the Old Testament. After getting familiar with the majesty and glory of the Achaemenid Empire, you go to Yazd, and on the way, you will have a stop to visit Abarkooh Cypress Tree, which is one of the oldest trees in the world. Visiting an old tree, believed to be planted by the Zoroaster, can be the only chance you may have during your lifetime. At night, we arrive at Yazd and wait to start our desert city tour early morning.

You leave your hotel in the morning to be transferred to the Zoroastrian Fire Temple and the Tower of Silence. Zoroaster was a pre-Islamic prophet in Iran who was famous for bringing peace and friendship. He had many supporters in the country, and there are still many Iranians who are following his verdicts. This Fire Temple is a place still active for praying, and it is regarded as the unique one in Iran. After your visit, you get amazed by another unique structure called Tower of Silence where Zoroastrians would leave dead bodies for excarnation. Yazd is a city incredibly famous for Henna. Thus, it is planned to visit a workshop in the city and learn how Henna is ready to be used in traditional Asian medication. It is also used in marriage and some ritual ceremonies. The evening is the time where you pass through the lanes of an old Quarter called Fahadan. You feel the culture of the local people who are living in the central desert of Iran.

On your way to a Baklava baking workshop, you will see the Tomb of 12 Imams, pass Amir Chaqmaq Square, and enjoy the evening view of the square. Baklava may sound familiar to you. It is a traditional sweet dessert, which is existing in a large area from Greek to the Middle East. Today, you taste the Yazdi type of this dessert, which is different from the other kinds. In the visit to Yazd Jameh Mosque, the first view that attracts you is the facade and the tall minarets of the mosque. You will take a walk in the area near the mosque and enjoy the antiques, which are in the nearby shops.

Exciting days are waiting for you. If you know you are heading into Varzaneh desert, you wake up very early morning. Before going to Varzaneh, you visit Naeen and the workshop of Aba Weaving. Aba is among traditional Iranian clothes, which is long. Loose and open in the front with short sleeves.

After having lunch in Naeen, we head toward Varzaneh desert, which is a central desert with fascinating beauty and excitement. Upon your arrival, you are welcomed by a drink at a local house. We start the tour by visiting the Pigeon Tower. Farmers used bird droppings as fertilizers in old times. Gavchah is the next attraction you are going to explore. You will see an ancient mechanism for getting irrigation water. In Varzaneh, you will have the opportunity to discover a cultural difference among the local women. It is the only town whose local women wear white chadors. Travelers are highly recommended to take photos with these local women. The desert still has a lot to show you like the sunset and the starry night. Do not forget to take off your shoes to feel the soft sand and enjoy the coolness. This walking chance, accompanied by the silence of the desert, will let you have an unforgettable experience. You get speechless by the charming beauty of the night sky. The desert sky is so bright and gives you chances to enjoy the view of the Milky Way and other stars at night.

Today, Iran beauty awaits to welcome you. After driving for about two hours, you will arrive in Isfahan. In this city, Chehelsotun Palace (World Heritage Site), which is an excellent example of a Persian garden, is the first UNESCO site you are going to explore. The Safavid kings have previously used the palace as a place for welcoming the foreign ambassadors. Naghsh-e Jahan Square (World Heritage Site) is another UNESCO site, which awaits you.

It is one of the most beautiful and oldest squares in the whole world and embraces the four other attractions of Sheikh Lotfollah Mosque, Ali Qapu Palace, Abbasi Mosque and Qeisarieh Bazaar. If you would like to locate yourself in Naghsh-e Jahan, you need to know that Ali Qapu Palace is situated on the West side of the square. The palace is a six-story building that leads you to its music hall on the sixth floor by the help of spiral staircases. In the afternoon, we pass the time in the shops around the square and get familiar with a variety of local souvenirs.

We highly recommend you to wake up early this morning because we have a lot to do. After breakfast, you head into Atiq Jameh Mosque, which is registered by UNESCO and is regarded as an encyclopedia of different styles of Iran’s architecture. You will have a walking tour in the nearby Jewish Quarter. Jewish people stepped into the country in the first millennium before Christian and resided in central Iran. Your guide will give you sufficient information about this religion and the way Jewish people lived in the country. You will take a rest and get ready to experience a fantastic training class in a handicraft workshop. Take advantage of this opportunity because you will get to know every detail about this original Persian art, which is called Hand-Stamped Calico. There is still another surprise for you, having lunch with a local family in an Isfahani house. How will you feel after such an experience? Definitely unbelievable! By the end of the day, you have time to visit the old bridges of Khaju and Si-o-Se Pol where local people are singing songs and passing happy time near each other.

Today, you have the last chance of passing the time in Isfahan, so we know the value of your time well. In a visit to an Armenian district, you wander in Jolfa Quarter where Christian people were requested to live by order of Shah Abbas who was the Safavid King. You have time to get familiar with the Christian people of Iran and learn about their way of life. Then, your guide takes you to Vank Cathedral that is home to many picturesque paintings depicting the stories of the Bible. Afterward, you will enjoy the traditional Iranian music at the Music Museum and know about all the old and modern Iranian musical instruments. In the evening, you get prepared for another visit to Naghsh-e Jahan Square (World Heritage Site) where you get mesmerized by the magnificent Sheikh Lotfullah Mosque.  There will be free time at the markets around the square to enable you to chat with the local people and salespeople and see how they are buying and selling goods. 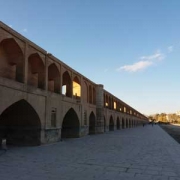 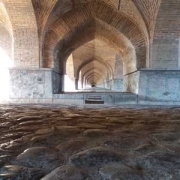 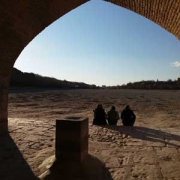 According to your departure time, you are transferred to the airport to catch your flight back home. 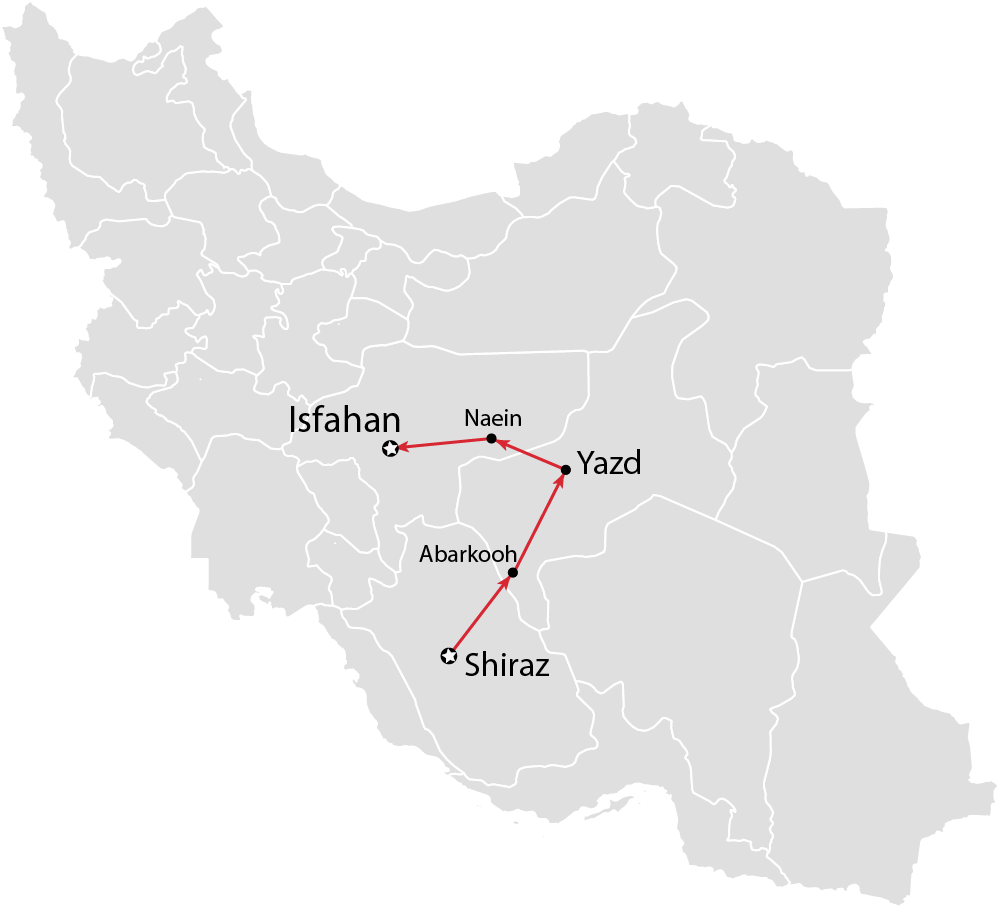 8 Nights at 4-5-Star Hotels and Guesthouse

All Entrance Fees Are Included

Not Covered in the Tour Price

International Flights Are Not Included 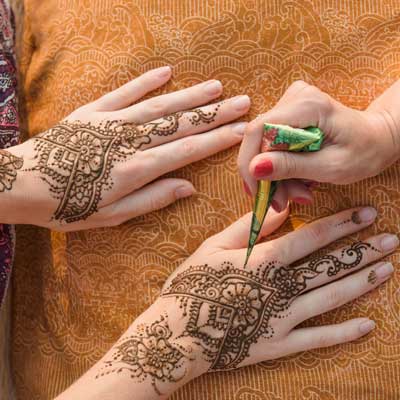 It is planned to visit a workshop in the city and learn how Henna is ready to be used in Asian traditional medicine. It is also used in marriage and some ritual ceremonies. 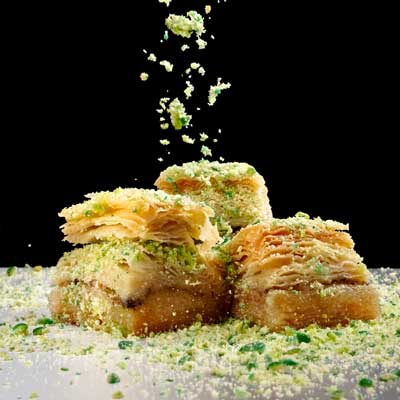 We encourage everyone to join in and bake their own. In this hands-on class, you learn a variety of techniques from the expert with a personal touch. 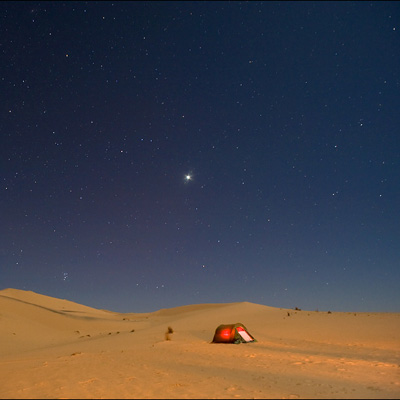 You can experience watching the sunrise and sunset and sleeping under the starry night in equipped camps. You can’t compare this calm atmosphere with other experiences you’ve had before. 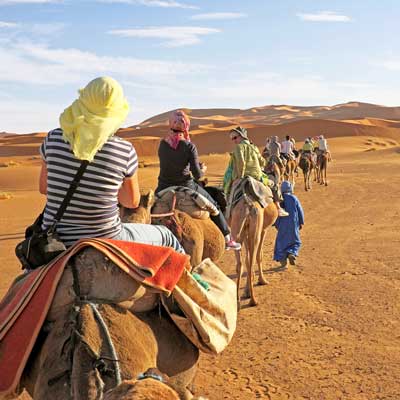 It is the top choice for anyone who likes to experience desert life and attractions. Don’t forget to take a picture on it.

Price is on request
Please call or email us